Jeff Strong over at Discovery sent me an email to let me know that he was one of the three guys behind Ms. I Don’t Know How to View a Roughcut Lady, the very funny little Real Marketing Genius MP3 I posted a couple of days ago.

Jeff, along with his fellow artistes J.R. Soldano and Tyler Korba, produced that for an internal presentation for something called DAM TV -- which stands for Discovery Advertising and Marketing TV. " We can’t believe that they’ve found their way on the net...totally hilarious," Jeff wrote, "There are 6 of them in total..." And then he sent them to me...they're great!

Half of them apply to pretty much any corporate setting...and half are cable-specific...Enjoy! And again--thanks Jeff & JR & Tyler!

Regular bureaucracy according to DAM TV...
Mr. Waiting For the Conference Room Guy
Miss Small Talk in the Elevator Lady
Mr. Asking Us To Think Outside the Box Guy


Life in TV, according to DAM TV...
Ms. I Don’t Know How to View a Roughcut Lady
Mr. Cutting a Promo for a Lame Show Guy
Mr. Impossible Approval Man
Posted by John J. Flynn, Ph.D. at 5:46 PM 2 comments: 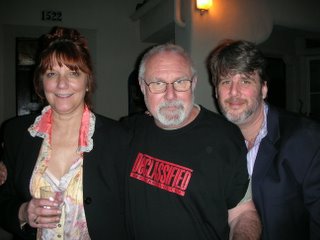 Yay! DECLASSIFIED Season 1 is history (although there are still 6 episodes coming, and then reruns) Wrap Party photos below...what a great time. 10 Worlds knows how to throw a hell of a party. Two bands, fire dancing by Jennifer, belly dancing, electric ukes, an Endless Margarita Fountain, all at the foot of the revolving Crossroads of the World. A fabulous end to a fabulous year: here's hoping S2 is on its way (gotta wait for those numbers, of course....)
Susan, Kosh & Me
That's Jennifer doing her Fire Dance magic... 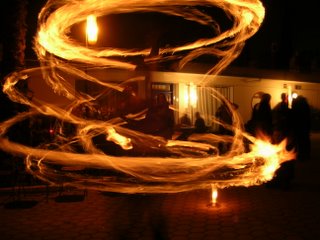 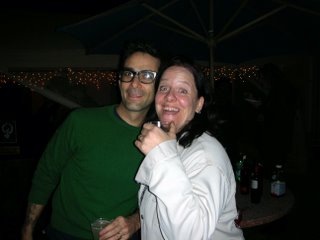 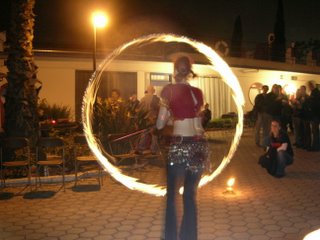 Next up? Another DE- project, and it's a pilot, and it's still CLASSIFIED although it's not DECLASSIFIED. More soon! Woo hoo! 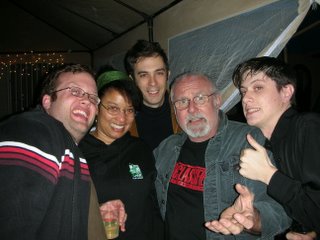 This one's for all you who've worked in television...Miss I Don't Know How to View A Rough Cut Lady -- the MP3.

I want to say that NONE of the broadcasters I have ever worked with fit this profile...NONE! Still, I wish I knew who created this first...I'd gladly give them credit. Thanks to Carl for this one...it had us all in stiches for quite some time!

There's a Declassified post on Wikipedia now...check it out...

I also hear that the numbers were great for our program on the Viet Cong. Looks like we're picking up some steam!
Posted by John J. Flynn, Ph.D. at 8:34 AM No comments:

We're right around the halfway mark, and the reviews have been terrific so far. Some great numbers, particularly in terms of the age of the audience: it's gratifying to know that we are getting to a younger segement than THC usually does.

I've forgotten to post these for the longest time...here are a few snaps from the Premiere Party...gotta get them up because the Wrap Party's just around the corner. 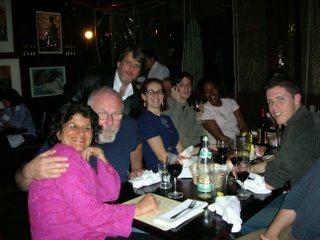 
And this other one is Susan and I ... I expect we'll have more soon, including Jennifer doing amazing things with fire... 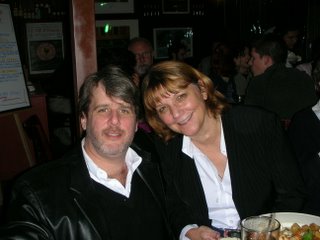 I was very pleased to find a renewed contract from LA County in the mail this week...I've had the best time working with these folks. For the past couple of years I've been helping them implement a complex project created by Sierra Systems: the Integrated System, the Department of Mental Health's HIPAA-compliant MIS system.

I first worked with DMH in the early 90's on LA's disasters: I was one of the people who helped create Project REBOUND, the nation's first large-scale crisis counseling project funded by FEMA (back when they were run by people who knew what they were doing, like James Lee Witt).

This current project has let me play around with all sorts of design stuff, starting with Dreamweaver and leading to Macromedia's Captivate. In between I've done tons of content, loads of training, and all sorts of interesting stuff (like managing online listservs, etc.).

I know it sounds a little crazy, but somehow between this and DECLASSIFIED I feel a little more balanced. Yin = insanity of TV production, Yang = insanity of massive bureaucracy.

Funny how these things even out...thanks again, DMH! Looks like I will be around (at least part time) through July.
Posted by John J. Flynn, Ph.D. at 2:08 PM No comments:

I think this makes six in a row--we're a highlight again in the LA Times.

Even more remarkable is the spot THC has been running for us this week...it's THE VIET CONG this Thursday, and the ad they have up makes the comparison between the "insurgency then, and the insurgency now."

I've said it all along: each and every episode of this season is absolutely about today. Thanks to THC for highlighting it in this important instance.

Looks like the Wrap Party is FINALLY in sight! Woo hoo!
Posted by John J. Flynn, Ph.D. at 11:24 AM No comments:

Damn! I knew I should have gone to Real Screen this year!

One of our field producers was in a session featuring Carl Lindhal, our most excellent exec. producer from The History Channel...he reports that Carl showed a segment of the pilot (THE RISE AND FALL OF THE BERLIN WALL), and then said nice things about the show. Thanks for the props, Carl!

I understand that one audience member said she thought her 70-year old dad would be a bit flummoxed by our style...but my unofficial motto for DECLASSIFIED has always been...

Declassified is set to start showing in Great Britain...you can check the UK History Website...

Also, Uncle Joe did great for us this past week. Another banner night for the numbers. This week: Fidel!
Posted by John J. Flynn, Ph.D. at 12:21 PM No comments: