Rebroadcasts...Men With Beards a leading indicator!

Over at History they're staying on top of current events with...a rebroadcast of our Declassified episode on The Taliban. This is my favorite of the shows we worked on with NPR's Mike Shuster (who's heading over to Seoul this week to cover N. Korea's latest ballistic misadventure). In hindsight, he called the current situation just right. The show holds up perfectly.

It's interesting to see which shows they have brought back: John Lennon and Castro are both in rotation, as is the Ayathollah Khomeni: Men With Beards. I expect the pilot (about the Berlin Wall) will make an appearance in this 20th anniversary year...but before then we're planning to head back to Berlin to make another doc about the Wall for another network. Details to follow, but can I just say, "Low, Heroes, Lodger." 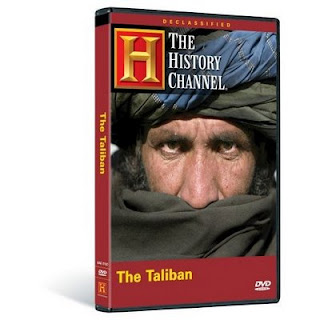 And we are working on some new stuff for History...this one feels like a goer. It could jump left or right, but either way it looks like it would be part of their "Armageddon Week." And no, Nostradamus is not involved...they have specialists in him!