Through the Labyrinth - a Microdoc

One of my favorite production phrases is "It just fell off the truck that way." That's the case for this microdoc, but not its subject.

My friend Lorien Eck and her students at West Adams Prep on Vermont in Los Angeles went through a pretty elaborate and interesting process to create their West Adams Prep Labyrinth. You can read all about it here...and you can see some great photos of the thing taking shape.

I am a gardener myself (I do most of my best writing out there), and when I heard there would be a ribbon cutting I jumped at the chance to attend. Just as she was heading to the front of the crowd with the scissors I asked Lorien who was shooting video and she said, "Aren't you?" Which is true--I had said I would, but didn't have a camera aside from my marathon-proof Olympus. I'd brought it to shoot panoramas. I rolled with it and... "that's the way it fell off the truck."

This is a very static film, but I love that it has beginning-middle-end anyways. I walked around the outside and then I followed the crowd into the labyrinth: all the way in and all the way out again. There is a narrative to the order in which the people go through: I love the little kid in red, and then all the students who built it, followed by the guys from Inner Gardens, West Adams staff, friends and family, etc. I love Noh plays, and this reminds me of Noh...there is a theatrical convention in Noh (and also Peking Opera) where a character indicates a journey by walking in a small circle onstage. There are many people on a journey in this one: the little boy in red, the students, younger and older folks, couples, a pregnant woman...seeing them looping back and forth...well, there's a story in there somewhere.

The music is from a site called http://www.inbflat.net/, which must be seen to be understood. It's a mashup I created myself on the fly...loads of fun.

Through the Labyrinth from John Flynn on Vimeo.

Thank you for signing up to receive free athlete updates on race day. In order to complete the signup process, you must confirm this address by going to the following link:

This message was automatically generated by our service. For assistance, reply to support@active.com.

Yeah, but can it survive the L.A. Marathon?

In this case, maybe.

After destroying three cameras out on the road, I finally bought one of the Olympus Stylus sports cams...it's not as easy to handle as the others, but it should do the trick. We'll see how the video does: I'm going to do a microdoc about the event next week...26.2 on 5/25...here's hoping it's not 85 or 95....

Bonus feature: it composes panorama shots in the camera from three frames. Here's Kosh in the 10 Worlds Client Room....

Click on the image to see it full size!

Two for the radio... 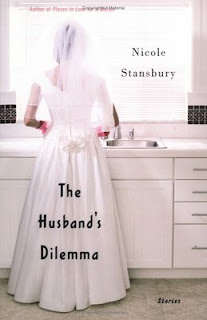 I love radio. My first paid job in show business was a radio commercial (for Dees, if you know what that was), and one of my fondest memories as a teen was my gig as the assistant DJ on a show called I'M SO BORED WITH THE USA (after the Clash song)--a punk and new wave show on KRCL (I think!). Since then, my time in radio has been brief: most recently (10 years ago?) a gig as a correspondent on an old KPFK arts radio show called L.A. X-RAY. Now THAT was a fun show...

Stan Freberg, Bob and Ray, Firesign Theater, Jean Sheppard, Garrison Keillor, Harry Shearer, Ira Glass...so many of my favorite storytellers are those guys on the radio. One of the things I love about Los Angeles is that it is such a great radio town. I'd love to do more of it myself...but in lieu of that: two pieces I've been playing with for a while.

The shorter piece is an essay by my old friend Nicole Stansbury: STATIC. It's a piece about being absolutely, jaw-dropped-and-gaping lovestruck. I love that it is not sentimental or soppy, but it is heartfelt and sinewy. It's from her book THE HUSBAND'S DILEMMA. A great read, that.

The other one is about one marriage through 10 holidays across 10 years: SEASONS GREETINGS. It's a piece I wrote for my lovely wife Risa on the occassion of our 10th anniversary a couple of years back. What can I say about this piece? I like to think it's the right kind of sentimental...maybe A.R. Gurney or Ron Carlson? As to its origins, I have to fall back on one of Chris Offutt's lines in his "Guide to Literary Terms."

"Short Story: An essay written to conceal the truth and protect the writer’s family."

Like a lot of people in production, I have a giant collection of projects and ideas on post-its, in file cabinets...hell, I even have a wiki that's stuffed full of them. And I have the means to start capturing them: as I've been running races over the past couple of years I have been experimenting with all sorts of tools for doing that. Photos and footage shot under all sorts of circumstances for all sorts of reasons...again, no shortage there.

For at least a year I've been thinking about using all this raw material to perform some experiments in narrative...call them Microdocs.

The rules are simple: anything's fair game, always try new things, and be quick about it.

Here's the first one...Mission California. Who knows what the next one will be about....

Mission California - A Microdoc from John Flynn on Vimeo.