Last night's taping of the pilot episode of TRUTH, LIES AND LEWIS BLACK was an absolute barn burner. I've got to admit that my experience with live-to-tape is pretty limited, and this is the first time I've ever written and produced anything in that mode. I started out in the theater, and so last night's taping was a little like going home...and completely out of control at the same time.

Lucky for us we were in the care of Dennis Rosenblatt and an excellent team. It was funny to have done a show that has Mission Control as its centerpiece, and then to spend some time watching the amped-out controled chaos of the control room on TLLB. Truly, Dennis Rosenblatt is now "Flight" in my book.

And then there was Lewis Black. I've written for a lot of people, and it's always fun to see it come to life. This was different: he has such a great way of owning the material that it just made me proud to have written it. It's a little like dancing: when you write something for someone and they're so smart and so good that they hit all the corners inside of it and a few more...that's really something.

And of course he had the audience with him: he was just having such a good time. One thing that's not an expected part of the Lewis Black profile is charm, but he is an immensely charming man. We shot two interview segments in front of the audience last night, and he was terrifically engaging and gracious.

And (starting with John Bowman's great opening)...we laughed like hell. Man, I can't wait to see the final on this one.

Looks like we'll be delivering in a couple of weeks, but no air date yet. You'll see it here when we've got it.
Posted by John J. Flynn, Ph.D. at 9:41 PM 2 comments:

I'm rolling on three projects this week...I'm just not getting a vacation this year. Too busy making hay because man, the sun is shining.

The main shoot is Wednesday's with Ten Worlds and Lewis Black! Woo hoo! If you're one of Lew's Legionnaires and you've got your reservations...see you there! It's going to be an awesome evening...John Bowman's going to say a few words before we roll, so you get two amazingly funny guys for the price of one.

And just this past week I've secured two more contracts with the wonderful folks at LA County...not only am I shooting a couple of pieces for them this Thursday with a couple of different crews, but I'm building Wikis for them. Now that is some fun stuff. Speaking of which, my really great tech finds of the past couple of weeks...

Sony's Vegas 6
PBWiki
and
Flickr as augmented by FlickrStorm

Vegas 6 is a stunning reminder of the veractiy of Moore's Law. Having bought an AVID 8 or so years back for almost $100k, it's amazing to see all that power packed onto my $1k homebrew machine by $70 worth of software. 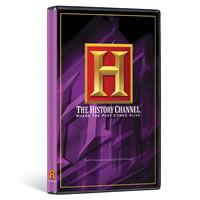 The entire DECLASSIFIED collection is now available on DVD...for example, check out

...and many more!
Just search for DECLASSIFED in the THC Shop.
Posted by John J. Flynn, Ph.D. at 2:14 PM No comments: